April 22 is Earth Day.  It was first observed in 1970 and was largely inspired by the work of Rachel Carson, who wrote Silent Spring, the story of the silencing of the songbirds by the use of pesticides, among many other harmful effects of pesticides on the earth.

Earth Day is considered the largest civic-focused day of action in the world.  Jews and Christians, among other religious people, have been involved all the way along with Earth Day.  The Biblical book of Genesis casts humanity as creation’s stewards in the first creation story and as Eden’s gardeners in the second and as custodians of creation’s biodiversity in the story of Noah.  Check out this Earth Day Action Toolkit to see what you can do this Earth Day and beyond.

And here are a couple of our favourite quotes from Rachel Carson:

Those who dwell among the beauties and mysteries of the earth are never alone or weary of life.

The more clearly we can focus our attention on the wonders and realities of the universe about us, the less taste we shall have for destruction.

A version of this message first appeared in the Friday, April 16, 2021, edition of Tidbits. 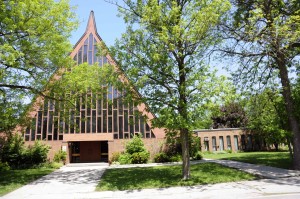